This was my first visit to Sounds From The Other City in Salford; it certainly won't be my last. The one day urban festival concentrates on emerging artists in a vast array of small venues, and included impromptu street performances and work from visual artists.

Adrian Crowley 7/10
The Dublin singer songwriter delivered a sensitively sung, moving set in the basement of Salford Mill. It was subtle, contemplative and vocally beautifully crafted. 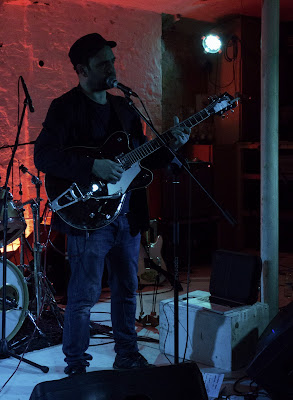 Treetop Flyers 9/10
I've recently been impressed by this London based Americana band's new album, The Mountain Moves, but live they're on another level. This was the surprise of my day, an utterly magnetic performance which ended with a jam. My only regret was the brevity of the set at under 40 minutes. 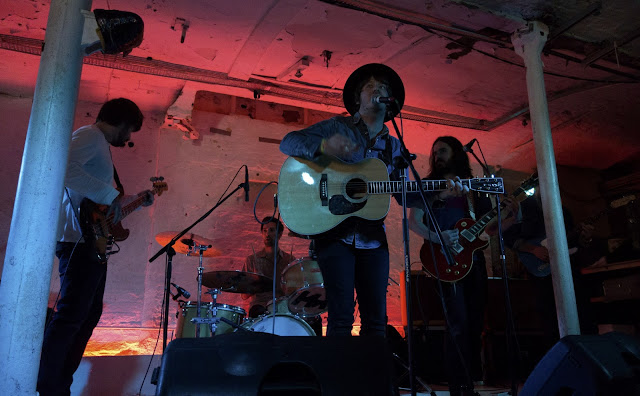 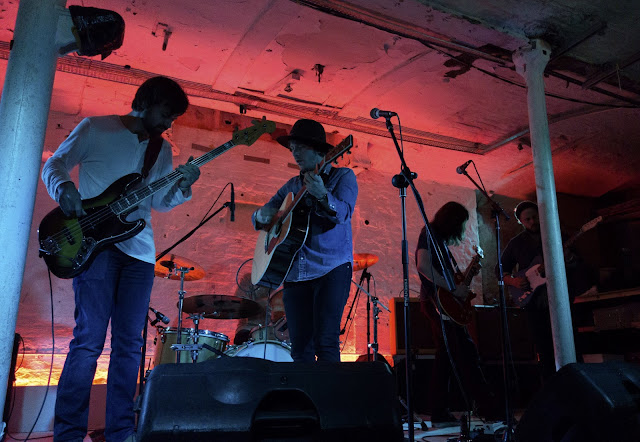 Emily Barker and the Red Clay Halo 8.5/10
This acoustic folk group is fronted by an Australian, but their melodies sounded deeply rooted in England. They gave a gentle sense of beauty, and Emily Barker's vocals were gorgeous. I can't wait for their new album Dear River in July. 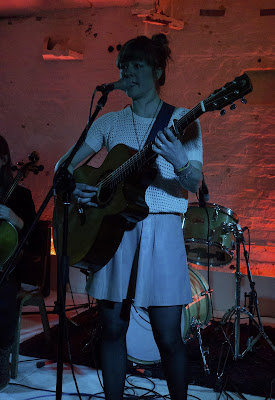 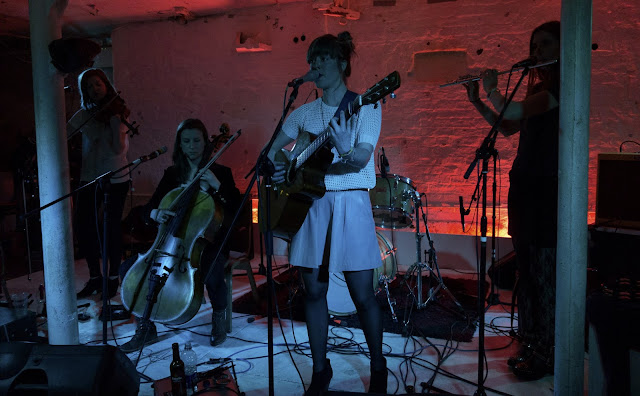 Hiss Golden Messenger and William Tyler 8/10
Hiss Golden Messenger provided me with the original motivation to attend this festival, since his new album Haw is one of my favourites of 2013. The set took place in an utterly tiny room in a pub, which turned out to have electrical problems. This meant that MC Taylor valiantly performed much of it unplugged and acoustically, eventually standing on a chair to project his voice over the noise coming from an adjoining  room. The set alternated old and new HGM songs with guitar solos by virtuoso William Tyler, who has been touring with him. It was certainly a unique and at times magical experience, which makes me anticipate keenly a future opportunity to see him with his normal partner Scott Hirsch. 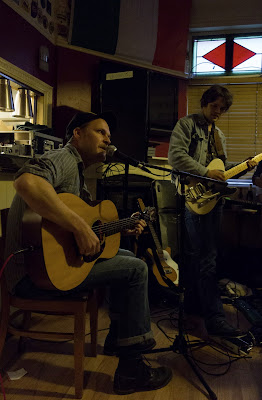 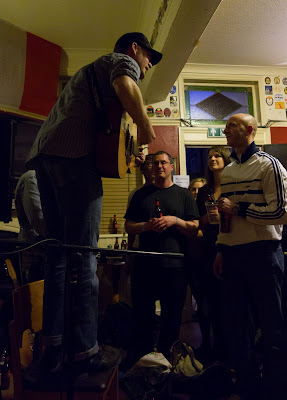 Stealing Sheep 9/10
Further unpredictable delights were provided by the presence of a large brass band outside St. Philips Church as I arrived for this set; earlier there was an impromptu drumming performance in the street nearby. The North West England trio processed up the aisles with the Dynamite Marching Band who gave a celebratory feel to the occasion, inspiring dancing amongst the crowd. I'd previously seen Stealing Sheep supporting Alt-J last year, and their music is atmospheric even in a more mundane venue, but here it transported me. In a joyous end to my day, the band rejoined Stealing Sheep for a music party at the end. 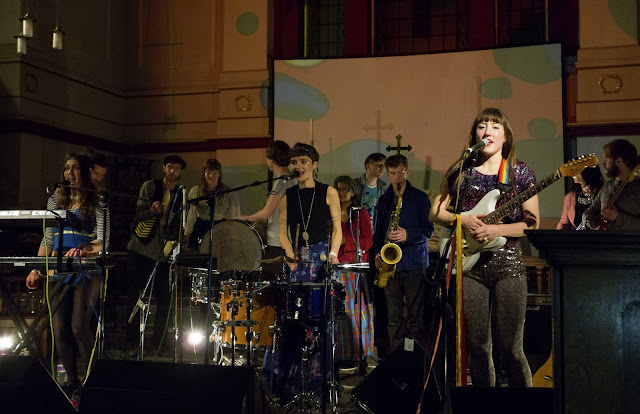